Dr. Coleman of New York featured in an Article in The Times Magazine

An excerpt of the article written by Hermione Hoby for the London Times Magazine follows:

“The Surgeon Who Injects Women with Fat

Well, they do ask him to… Just when we’ve got used to fillers for the face, along comes a remarkable body resculpting technique” 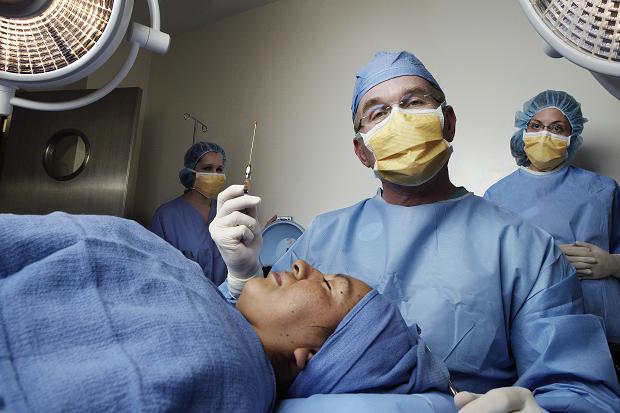 “It is the last place in the world you’d expect to hear someone praising fat. But, in a chic Manhattan plastic-surgery clinic populated by impossibly lean women, Dr Sydney Coleman is doing just that, while explaining a new technique with radical implications for cosmetic and reconstructive work.

LipoStructure, or lipomodelling as it’s also known, involves taking a patient’s own body fat and reinjecting it to sculpt, fill, correct and enhance other areas. We may have got used to the idea of injectable fillers for the face; now it’s body recontouring that’s the growth industry. And, for more and more surgeons, fat is the tool of choice. In the right hands, the results are extraordinary: it can fill scars and hollows, smooth creases, retouch cellulite dimples, as well as plump and sculpt breasts and bottoms.

One of the most popular procedures Dr Coleman offers is taking fat from the abdomen and reinjecting it into the breasts, which is, as one surgeon puts it, “the answer to a maiden’s prayer” – weight loss, waist definition and breast enhancement all in one procedure.

But aren’t people squeamish about using their own fat? “They love it,” Dr Coleman says, with a big smile. “The abdomen and love handles are always my first choice because that makes the woman thinner.” Fat can, of course, be taken from anywhere it’s not wanted on the body and, as Dr Coleman says, “There’s no blood and no cuts. There are just these little puncture sites.”

Coleman first started investigating fat-grafting in the late Eighties when, he explains, “I’d go to a cocktail party and women would pull me aside and complain about their thighs and abdomens after liposuction. So that was the original motivation – to help these women who were coming to me saying, ‘What am I supposed to do now?’?”

Back when liposuction was a new procedure, many surgeons would remove too much fat from thighs, leaving them hollowed and irregular, he says. “I visited people in California and Virginia and spoke to people in France who were doing fat-grafting for the correction of liposuction deformities, but they’d never had good experiences. So I looked at what they were doing and tried to do it a little differently. I tried to bring it down to more basic principles.”

The principles may be basic, but the work is also extremely precise. Coleman’s technique involves harvesting fat very gently through low-vacuum cannulas before using a centrifuge to separate the oil and water. (Traditional liposuction techniques, which involve exerting a lot of negative pressure, can harm the fat and increase the chances of it dying once it’s been grafted, meaning it forms hard lumps.) The treated fat is then reinjected, one droplet at a time, in a lattice formation. It’s a delicate and painstaking process, with no room for error.

The surgery’s “two-for-one” aspect is not its only appeal. Unlike most conventional breast augmentation surgery, there is no scarring. There are also none of the aesthetic and practical problems that come with implants, and fat-grafting affords the surgeon more control – and room for artistry. “With silicone, you’ve got a bag and you make a hole and stuff it in the hole,” says Dr Coleman. “It’s a prefabricated volume. But with fat-grafting, you have to completely visualise everything in three dimensions. You can really shape the breast and improve projection and I’m able to go anywhere – to make cleavage, to feather into the side.” Some of the most impressive before-and-after pictures he shows involve subtle but radical changes to breast shape: an obvious implant, for example, is edged with fat and instantly becomes natural-looking.

Linda Francipane, a 44-year-old hairdresser from Queens, was an early patient of Dr Coleman’s and underwent breast augmentation surgery having spent “many, many months” researching her options. This included speaking to a lot of strippers about their implants. “I’d say 40 to 50 per cent had some kind of issue with them – whether they leaked, or the look, or the feel,” she says.

She was nonetheless determined to do something about her flat chest. “You’d be out clubbing,” she says, “and all the hot girls had tremendous boobs and I really had nothing, like nothing. This was the time when everybody was getting implants and I was like a little boy. I just wanted to get in the game.”

When a friend told her about Dr Coleman’s technique, “It seemed like a fabulous alternative to putting something foreign in my body.” She went from “below an A” to a 36C and says, “The way he did them, you can’t tell. It’s terrific. It changed my life.” She says she’s still receiving compliments.

Tal, a 36-year-old from Portland, Oregon, is another of Dr Coleman’s patients. She had implants when she was 19 but was so dissatisfied, she had them removed after just nine months. “I couldn’t breathe properly. It was just a very foreign feeling,” she explains.

As soon as she heard about breast augmentation by fat-grafting, she booked a consultation with Dr Coleman. “I thought nothing could be worse than what I had, so, even if he messed up, it would still be better. I had nerve damage from the breast implants, and stretch marks, and some scarring from under the nipple where it had been cut open. The tissue gets so stretched that I was actually flatter after breast implants.”

She wanted “breasts that were heavier at the bottom – a kind of Seventies look. I wasn’t comfortable being showy – my identity is really that of a flat-chested girl. It’s hard to create a natural-looking shape; I don’t know how he does it, but it’s just perfect – exactly what I wanted. He’s an artist. I don’t know if I’d trust anyone else.”

Tal also adds, “I don’t even wear a bra,” before laughing and reflecting, “I probably should, since I made such a large investment.””